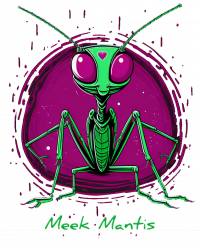 What is your view of aliens?

Clever devious bastards, for the most part. They and their human friends.

“But they can give us technology to improve our lives.”

Technology is cool, and frankly, we may not survive without it at this point. But at what price?

The core problem is not lack of technology. It is is human ignorance, immaturity and selfishness.

Firstly, what do you expect from giving technology to the selfish and immature? Because those are the ones who will most likely have their hands first on it, before you and I do.

Secondly, what do they want in return? Did they fill out their gas tank out of their own pockets to travel here to give us gifts out of the pure goodness of their hearts? Like Mother Theresa from the Pleiades?

Thirdly, were you consulted about this deal? Or are you one of those who vote with pride and trust your government is making those decisions on your behalf and for your well-being?

Fourthly, how much education have you had on this subject? Have you compared and analyzed all the available narratives?

“How about crop circles? They are so beautiful. Their makers are more advanced than us and want to educate and elevate us.”

I think they are beautiful too. I even have a book.

Crop circles are an excellent way to bring a certain group of people to their side. No need to be stupid, just loving beauty, geometric harmony, and being naive is enough. Kind of like the American natives and Columbus.

“How about spiritually enlightened aliens?”

No, thank you. Human true spirituality is in good shape. And mass belief is already bad enough as it is. We do not need Jesuits or gods coming from the sky.

Or do we? Well, I guess many would delight to see some savior coming down from the heavens dispensing spiritual candy. Some even ask for contact.

“But they could attack us…”

Sure. That would be honest. And then we would see what happened next, with a clear view of the enemy. For now, we are blinded.

There are no safeguards. We are exposed and vulnerable. We can be hooked by the basest selfish desires all the way to beauty and the loftiest desire to experience higher states of consciousness. They have us through persuasion. No need of ray guns. We are sheep — some more conscious, some less so… Sheep nevertheless.

The cherry on the cake in this weirdly obscure story is that we are broadcasting to the universe, advertising that we are looking for alien intelligence. It is like the American natives throwing a message in a bottle in the sea in the hopes that some wonderful enlightened human will come and pamper them… Yeah, right, like the Europeans did…

I doubt any alien’s agenda involves us becoming enlightened, in the simple meaning of the word, that is: seeing things clearly. They will give us the trinkets we get infatuated with. And we sell out whatever it is they want from us and our planet. And thus, if aliens want to take over, they will do so rather easily, without firing a single shot; except among themselves, who will probably fight for the same prize that neither is willing to share. Oh, how human all this sounds…

This way, by selling out, if we ever go out into the cosmos, as so many of us dream of and work hard do do, we will go as beggars, not as equals with equal bargaining power — a very weak position to develop a relationship in any community.

“So, there are no good aliens?”

Are there good humans? Do good humans go into somebody else’s property without asking the owner first?

I assume there are good aliens, because I know there are good humans. Now, whether they are the ones we will be hanging out with at Starbucks in some future, I have my doubts.

Humans are unable to screen people properly and keep giving power to selfish imbeciles. What makes us think we will be able to choose to befriend good aliens without sitting down and having an honest conversation and a drink together first?

It is more likely that our relationship with aliens will be similar to our relationship to our governments. Distant, full of deceit and manipulation. A relationship not for the people, but for corporations and their interstellar stockholders.

Friends are made in the light, not in the darkness.

As for friendship, humans have difficulty doing that even among ourselves. Hiroshima… Nagazaki… to be blunt.

If I were a normal alien I would come here to make sure these mad troglodytes do not take a nuclear device out into the neighborhood. Maybe I would even make sure they don’t destroy themselves; not out of compassion but because I want what they have, and because I need cooperation and manpower from enough of them in order to obtain what I want…

“You seem to be sure aliens exist.”

Nah, I’m joking. This is all bullshit.